Skip Navigation
This event has finished, check out the latest events. 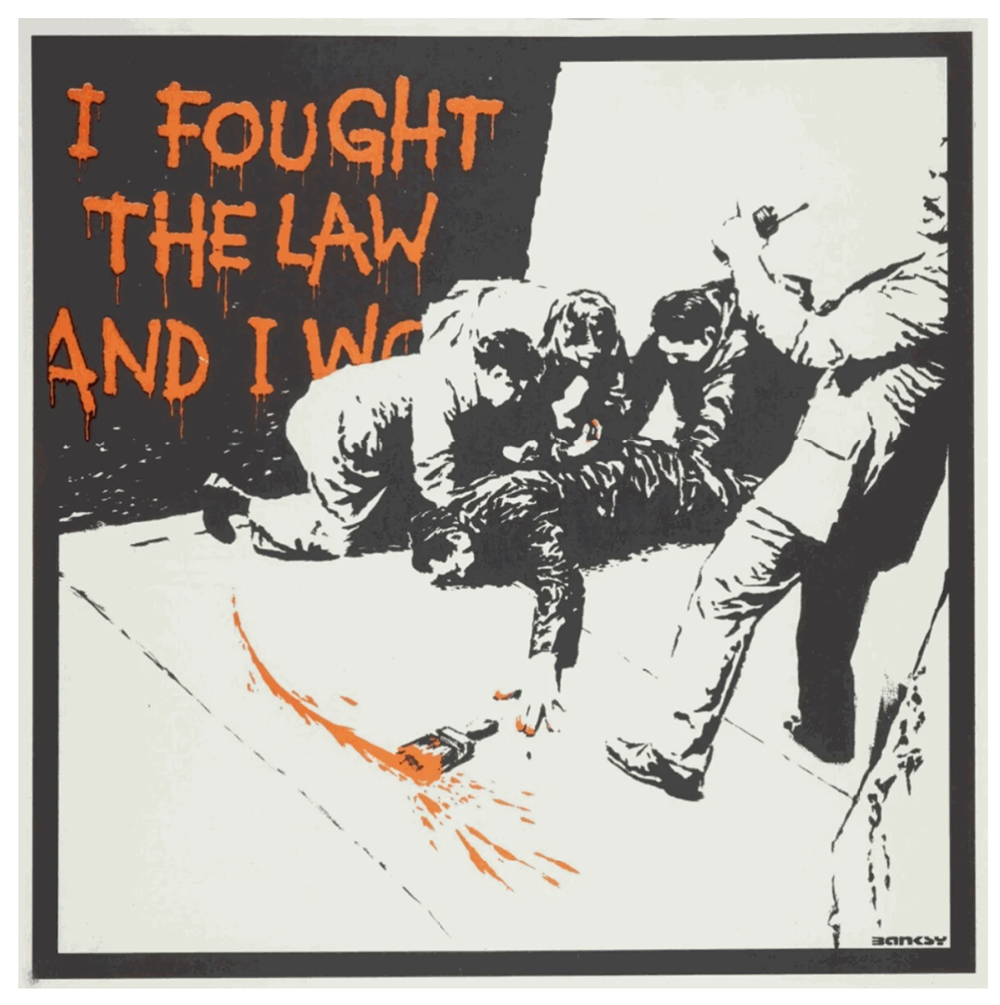 Miart Gallery London is pleased to present a selection of the works by the most influential and revolutionary street artist of our time. Opening on the 14th of October in the heart of Mayfair, ‘Formal Rebellion’ will showcase rare and exceptional pieces by British Street Artist, Banksy. Known for his biting but humorous work, Banksy engages with socio-political issues through the rebellious act (and art) of Graffiti. His stencilling technique is perhaps the most globally recognised aesthetic approach, appearing in cities throughout the world and drawing acclaim through controversial, comical stunts.

Alongside the street star, is another iconic artist, often described as the “Godfather of Street Art”, Richart Hambleton. Hambleton was a pioneer, if not the archetypal component, of the street art movement. In the early 80s he began paving the way with his ‘Mass Murder Series’ which depicted the forms of “homicide victims,” then progressing to a series of self portraits pasted through New York City, which eventually weathered down to faded shadows - leading him to his most renowned series; ‘The Shadowmen’. The dark silhouettes could be spotted across the city and soon became a staple of NY, which he then decided to transfer onto paper, bringing them finally to the walls of Miart Gallery London.

Privileged to have various sized exhibition halls on three separate floors, Miart Gallery London can host several exhibitions independent from each other at the same time. For this remarkable occasion, we will be using all three floors to showcase other noteworthy Urban and Street Artists including Pure Evil and Mr. Brainwash in a large, vibrant group show. Many of these artists wear their politics on their sleeves, and express their principles in their art, all to evoke an individual emotive and visual connection. To bring the metropolitan, inner-city atmosphere to up-town Mayfair, our floors will be open to the public for the first time to exhibit some unique and unconventional works.

The exhibition will run for one month only, and is an exceptional occasion to view numerous contemporary talents together in a phenomenal space, arranged in an unprecedented group show. With a range of sculpture, print and painting, we are excited to welcome you to our ‘Formal Rebellion,’ where freedom of thought comes to play!